A CHAT WITH RUPERT 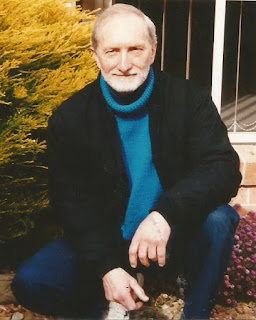 After almost sixty years, memory becomes uncertain. It was a different world then. By today's lack of standards, gauche and almost innocent.

Rupert Murdoch was then a young man whom circumstances had made the proprietor of a tabloid called The Mirror ─ his sole claim to notoriety, or so I recall.

We were attending a media seminar at Armadale University ─ Rupert as a guest speaker and Smith as a member of the audience.

After Rupert's presentation which was direct and unpretentious, we chanced to meet on the terrace, both cradling cups of coffee.

I told him where I worked, and that Channel 2, like all ABC cadres, was a quagmire of bad art, nepotism and bureaucracy. Which, by the way, hasn't changed. It's an outfit that has never flown. You can't fly with just one (left) wing.

I also mentioned that I was on the books as Temporary Auxiliary and that promotion was mythical unless one was elevated to the permanent staff.

Around this time, the staff of the ABC put on a review. A vain attempt, like all of them, to get noticed and curry favour. The set piece was a ditty sung by we underlings. The words are seared in my mind till this day.

So the sentiment wasn’t mine alone. Although I didn't mention all that, I said enough to make the point. I can't recall Rupert's response. I think he just listened.

Next day I was back at work and thought no more about it.

The Wednesday after the encounter, the Mirror had a story on the plight of ABC staff underlings and how the auxiliary staffers were exploited and locked out of the promotional process.

This surprised and delighted me. But mostly, it revealed the man.

Rupert listened to me. He didn't say much. Just listened.

A sharp mind there.

And now, when we are both ready to fall into our graves, I want that recorded.

Redundant, you will say? Surely now everyone knows that Rupert is sharp and the consummate newspaper man.

Perhaps. But not at first hand.

And good for him.

You can find Clint's books on Buzzword.