Over the years, Clint Smith has had many short stories published in leading periodicals. We asked him to collate them for Buzzword. The problem was he wrote stories in two areas - Women's mags and Men's mags. So he's collected stories from both areas and we've now published them separately. Below is his introduction to the collections - and, also, a story from the Men's anthology: 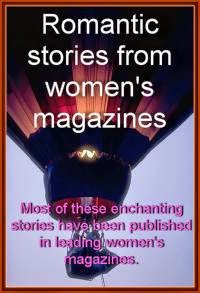 These stories are mostly 'commercial'—written to sell and to entertain. The majority have been published in magazines and anthologies and one even won an award.

As the young Smith wrote stories in two genres—male interest and romance. I've anthologised them in two books. VICIOUS TALES FROM MEN'S MAGAZINES and ROMANTIC STORIES FROM WOMEN'S MAGAZINES.

It was strange to troll through tales I'd written over forty years ago. I had no idea what many of them were, let alone how they ended. The only copies surviving, apart from a few tired photocopies, were in the magazines that ran them—magazines I'd stored way back then in a tin trunk in the shed.

In the trunk, I found most of the mags I'd sold to but not all. So all I have of some stories is a notebook listing titles and publications. The magazines I managed to keep are collectors' items now. For instance, The Women's Weekly was then tabloid sized. Woman's Day was larger, too. And the men's, mags published by an Australian outfit called K.G. Murray, are long defunct. As for Argosy, England's finest short story mag of the time, which had the format of a small paperback, even it died the death, probably a victim of TV.

As I wrote on a typewriter back then, the old Smith had to retype the young one's yarns laboriously from each magazine into the computer. Time doesn't destroy good yarns but it makes references and speech patterns outmoded.

So I edited and updated the tales as I went to help contemporary readers enjoy them. I doubt the young wordsmith would mind, as the old one, now author of several published books, knows far more about writing than he did. Still, it's been interesting to revisit his first successful tries at fiction and has even inspired me to write several more stories to round out the collections, which appear here for the first time.

The stories in these collections aren’t the only Smith stories to appear. His more serious or 'literary' stories are in the anthology, TALES OF A COUNTRY TOWN. (As most stories in TALES have won literary awards, perhaps the 'literary' tag can stand.) TALES is also published by Buzzword Books. 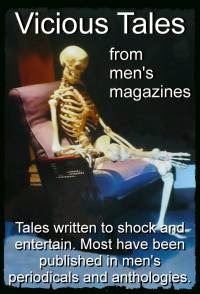 Now, perhaps you'd like to read one of the latest yarns from the Men's series. This is an extra one I wrote specifically for the series. And - warning - it could seem a little weird to some:

He lifted the photocopier's lid and inserted the blank sheet of A4.
He pressed COPY.
A mechanical belch.
A copy settled in the tray.
He aligned the sheets and slid them into the blue plastic folder—carefully, precisely, so that their edges met the inner seam.
In a pitiless, pointless world, it was essential to be precise. Only intentional acts soothed the disaster blithely termed 'life'.
Two secretaries walked behind him chatting.
'Almost broke my ankle. Crippled for a week.'
'Can't wear 'em. Tall enough. Hey, get thunder-thighs. Check her hair?'
He entered the office kitchen, placed the folder on the bench and reached for the ripped plastic tube that enclosed nested Styrofoam cups. He freed a cup and held it under the spigot of the urn. As boiling water filled it, warmth spread against his palm. He didn't want water. He wanted the activity.
Carefully, precisely, he poured the water into the sink—into the centre of the outlet—trying not to splash the sides. He lifted the folder precisely and walked back to his desk. The whole point was to split the attention. It needed precision and awareness of the breathing.
The office was open-plan with partitions too low for seclusion. In the next work-station a man peered over the shoulder of a second.
'Should be B-C socio-economic. Listed the wrong demographic.'
'Dickheads. If brains were taxed, they'd get a rebate.'
Beyond a glass partition, he saw the flickering wall-screen in the foyer. The sports feed had switched to a newsbreak. They cut from a talking head to a cityscape showing cars crashed into buildings. He could just make out the super: NEUTRON BOMB DESTROYS NEW YORK.
He clicked to the website of The Herald. They had it up. Chicago, New York, Washington nuked. Also London, Paris, Berlin. A joint attack from China and The Middle East. America had intercepted ICBMs aimed at San Francisco and LA. Their retaliation had flattened cities in China and Iran.
The undercurrent of talk in the office changed to shouts and screams. People panicked, rushed for lifts. For a moment, he forgot the breathing.
It wouldn't do. He needed to try, to practise, again.
He walked back to the kitchen as frantic employees dodged past him. He took another Styrofoam cup and held it under the cold water tap. As he sipped the water he felt it chill his throat and gullet. He also noted his posture and the stresses in his body. It was better this time. This time, he was more aware.
When he turned, the office was empty except for two men shouting into phones. Ringing their families? Trying to offload stocks?
He lobbed the used cup precisely at the bin. It cleared the lip. A satisfying thing. And mindfulness of breathing was there, too.
He returned to his desk, more himself, lifted his briefcase and walked to the stairs.

The trains still ran but there were only three people on his platform. He found that surprising. Was everyone sheltering in basements?
He got off at his usual stop and walked the two blocks to his apartment. The roads were jammed with cars trying to leave the city. Drivers fought as their wives protested.  Horns blared and kids screamed.
The lift in his apartment block still worked. He pressed the number for his floor. His door had been kicked open. The broken lock dangled from the jamb.
He entered his ransacked sitting room. His father's antique mantel clock lay smashed on the floor with other treasures. He walked into the bedroom. Drawers from the built-in and scattered clothes lay on the carpet.
He felt under the bed for the hammer he kept there as a weapon—kept with the handle in line with the skirting. His hand found it precisely.
He checked the other rooms. Whoever had done this had left.
Angry voices from the lower landing. A frightened yell. It sounded like Dougie—the pensioner in the unit below.
He walked down the flight of stairs, not hurrying, aware of each step—of the sensation of his feet on each stair. Aware of each breath.
Dougie's door was half-open.
He pushed it wide.
Dougie was face-down in the hall. Blood from his head had reached the skirting.
In the sitting room he saw a man—broad backed, crouched, shoving something in a sack.
Dougie had a cockatoo. The cockatoo shrieked from its cage.
He stepped over the body. The bird's racket drowned all noise. He walked straight up behind the man, and hit him precisely on the crown of his head.
The hammer went through his skull like a spoon cracking an egg.
Breath sighed from the man. He toppled, the tool jammed in his brain. He lay staring up, loutish face distorted by shock.
He watched the man die. Watched his eyes and twitching legs still. He watched—aware of his breathing, of the anxious bird pacing its perch, of the bedlam from the street. He felt he had everything he needed in that moment.
Then he took the cage out on the balcony and opened its wire door.
The bird hopped out, levering its beak against the wire, did a rolling walk along the railing and flew off.
The wind had increased. A sooty cloud half-covered the sky.
He walked back upstairs.

He sat in his recliner, cradling the smashed clock in his lap.
He stared at the wall.
Aware of the wall and the breathing.

Both eBooks are just $1.99 from Buzzword Books.
Posted by Buzzword Blog at 22:28