The digital book-selling frenzy. And a new paradigm.

The net has spawned a certain madness. In the literary game, this means frantic indie authors, frightened traditional publishers, shrinking circulations for newspapers and magazines, perplexed literary agents and sublimated panic. As major publishers merge and sink slowly in the west - as the shares of media companies tank, as Google, Amazon and Apple grow fat on a tide of indifferent eBooks, as standards slide and promotion becomes the product - the actual book, article, news story becomes an afterthought. How long can this go on and do you really want to be a part of it? Perhaps there's another way?  Our Commissioning Editor, D. S. Mills, suggests a new model for digitally challenged authors. 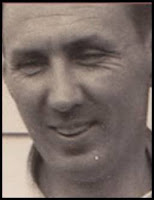 Older authors know how it was. Months of years of honing your brainchild, then the humble, hopeful, even wildly optimistic approach to agents and publishers - those lofty beings, who proved  indifferent and even contemptuous.
Older authors could paper their walls with rejection slips. Even today, newbies who take the traditional route, find the adamantine walls of the great publishing houses just as inaccessible, despite their recent nod to the web of accepting electronic submissions. (And despite the foundation of their business model crumbling beneath them.)
One new writer we talked to recently - who has a very good book indeed - has submitted it to 175 agents across America. Two said they'd bother to read it. Both later declined. Authors learn that where there's life there's hope - consistently followed by disappointment.

Did publishers ever know what they were doing?

Let's forget newspapers and magazines. They are advertising platforms. Their stories and articles are there to distract you from the fact that they are in the advertising business. And as the media-buy fragments across the net, that business is losing its revenue base - helped, of course, by the quality of content and the time lag it takes to publish it.
A friend reminded me the other day of the old joke about TIME and LIFE. 'TIME is for people who can't think and LIFE for those who can't read.'
Back to publishers - those irrational optimists attempting to combine art with business - always a fraught combination. Although many are well-meaning, they are unsure of their trade - as it is not a trade to be sure of. Their few successes - the ones expected to pay for all the failures - are generally the books they never expected to do anything for them at all - thus those they underpriced and barely bothered to promote. As for taking on new authors - publishers, despite their pretentions, do everything possible to frustrate the acceptance of any manuscript worth its salt. They feel much safer with celebrity biographies and cookbooks by TV chefs. A traditional publisher will do everything he can to destroy your book. But if, by some miracle, you manage to get published and then wildly succeed, the publisher will fawn disgustingly. It is only then that you can get your revenge.


But now, the sea change.

With the gatekeepers gone and writers' websites now flooding the internet, not to mention the endless eBooks the digitally unskilled upload directly to eBook distributors - the writing game, for fiction at least, has been flipped on its back.
I know of a successful fantasy writer who, in a nervous late-life nod to the digital age, has resumed all the rights from his earlier novels and spent painful months converting them to eBooks for his new website. This is now working for him to some extent, though not to the extent he expected. Why? Because, long ago, he achieved a following and a name.
But what happens to the newbie who, all unwary, uploads his vestigial efforts to Kindle and then waits patiently for riches. Little. Once he has told his family and friends and some of them have dutifully paid for the book, which few of them wish to read, he or she will be lucky to sell a book a year.


The age of frenzy.

The new digital freedom has generated a sea of indifferent books that sell no more than a couple of copies each. And this has caused millions of frustrated 'authors' excruciating anxiety.
'Unless,' the forums crow,  'you slavishly and brazenly promote your book on social media, write endless self serving articles that lead prospects to your book, engage in conversations right across the net - spend your entire life, in fact, promoting, pleading, cajoling. Unless you lift up your skirts obscenely and go forth and prostitute yourself, your inevitable end will be obscurity and pain'. Difficult for new writers who still have no idea that perhaps half a percent of all scribblers make a crust from writing books.
The other bind is that this perpetual attempt at self-aggrandizement leaves them no time to write. No chance to hone their new craft. The actual book becomes a bothersome adjunct that they are desperately trying to plug.
So everything suffers. The author. The book. And also the badgered recipients of this unwanted  publicity, thinly cloaked as helpful articles and affability. When the author forgets his trade, he becomes a publicist. And that draining occupation depletes him. No longer is there solitude and sanctity. He is frantic to be 'out there'. Nothing is less conducive to the introspection that inspires a creative craft. 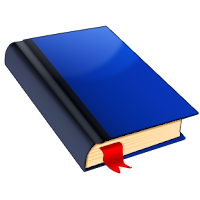 What reader? The effect of the net and networking is that writers on the net are now promoting themselves -  to whom? - to writers! To writers who want their own work read. This closed loop serves little - creates heat but no fire. As mentioned in a previous article - we are now in the post-literate age. Even public broadcasters and official documents are written without a firm command of English. Even the plural of the present indicative is now  in short supply because slipshod usage has spawned such misconstructions as 'these situations is...' and so on endlessly.
But a degrading language is a symptom. Readership is dying. Partly because life is now so fraught that the gentler arts are bypassed. Partly because there are so many more pressing and occupying impacts that there is scant time for something quiet and simple,
Yes, your average family will still hire a video of some short lived film based on a comic book hero. It will still fall asleep in front of the TV. There are texting and videogames and the ability to fiddle with aps on long train journeys or to damage the ears with an I-Pod. But most people have no use for books. Certainly tablet sales are soaring. But tablets are a trend item, able to do everything - but nothing well. Apart from distract.

So dear writer - where are you? And how do you proceed?

You could begin with a seemly withdrawal - circumspect even. You are not going to succeed in the scrum. There is simply too much of it. Despite all the hype you read from what we could possibly call para-sites, books have always been a hard sell and still are.
All the net means is that publishing has become self-serve. The process has moved from the establishment to the individual. If you want an analogy for this - consider how supermarkets are attempting to educate us to handle the whole process of shopping - including checking out our own items and paying directly into the terminal.
So what to do?
If you accept that, despite the hype around mass communication, nothing has changed, perhaps you could gather what is left of your dignity and attempt to be a writer - that doomed creature with an obsession - who will endlessly refine his books whatever obscurity he faces.  That would be a good beginning - to tackle the thing for the sake of it. Not for pelf or acclaim. Not to indulge the ego. But for the craft. Because writing is its own reward. A legitimate pleasure and striving. Any satisfaction beyond that is subject to mere chance.

The irrelevance of art connected to ego


You are trapped by a terror. The need to succeed. Everyone you know has this same debilitating aim - to make others view their paltry, mediocre, defensive personalities as important.
Curiously, a flower doesn't try to be important. Or beautiful. It just is.
Art for art's sake is legitimate. But art for your own little sake is a declination of the psyche.  A laying waste of powers. Can't you feel it? Listen to your body.
Consider! If you loved making pottery, you would rarely sell your pots. There are already too many pots. But you'd still throw them and fire them because that's what you love to do.
If you were a painter, you would hardly ever sell your art. The world is plastered with unwanted art. But would that stop you? If it did, you wouldn't be an artist.
It's the same with a book.
What you are producing is discretionary. No one needs it and - despite your best hopes -  possibly no one ever will. Accept that!
Then simply apply yourself to what pleases you. Because, if it doesn't please you, it's unlikely to please anyone else.
It means disengaging from the dreadful self-draining requirement to 'succeed'. Then, instead of bleeding al over the net, all over your spurious, self-seeking  'friends', you could develop self-invigorating rectitude.
Could you accept just to write? Because that is what pleases you, isn't it? Remember, even if your book did succeed wildly, no one would know in fifty years, or care. All of us are doomed to obscurity. But our little egos can't accept this. Hence all the unseemly striving that makes us even sillier. We are nothing. But we're here.
So could we accept that we are irrelevant, possess our souls in silence and THEN see what comes?
A big ask.
Of course, if you prefer the alternative, that perpetual anxiety, that shortening of a life already  trivially short, there is nothing to be said. And certainly less than that to be gained.